DAY1 MADRID – BUCAREST Presentation at the indicated time in the Airport of Barajas to embark on flight to Bucarest. Arrival and transfer to the hotel. Then, panoramic tour of the capital of Romania, known in the 30s as “Little Paris.” We will see the old center, with its small church from the 15th century, the Stavropoleos Church, true jewel of Romanian Orthodox architecture, the Patriarchal Cathedral, built in 1657, Parliament, constructed by the dictador Ceausescu, etc. Dinner and lodging.

DAY 2 BUCAREST – SINAIA – BRASOV Breakfast. Departure for Sinaia, famous mountain station, “The Pearl of the Carpathians.” Tour of the Monastery of Sinaia, from the 15th century, and of the Peles Castle, former royal residence. Lunch. Then, Tour of Bran Castle, constructed in 1378, one of the castles attributable to Dracula. Departure for Brasov, situated in the slopes of the Tampa Mountain. Dinner and lodging.

DAY 3 BRASOV – SIGHISOARA – TARGU MURES – BISTRITA Breakfast. Departure to see the Black Church, Gothic in style from the 14th century, the ruins of the medieval citadel and Town Hall, from the 15th century. Continuation to Targu Mures, Fagaras, medieval fortress, and Sighisoara, very well preserved Medieval city. Tour of the House of Dracula and of the Clock Tower. Lunch in House of Dracula. Short walk through Targu Mures, with the impressive Cathedral Ortodoxa. Continuation to Bistrita. Dinner and lodging.

DAY 4 BISTRITA – MARAMURES – BAIA MARE Breakfast. Departure for Baia Mare, in the center of the region of Maramures, through Sighetul Marmatiei, typical city famous for its markets, its traditional outfits and Its lively atmosphere. We will see the old wooden churches typical in the area of Maramures, the famous “Happy Cementery”, in Sapanta, with humorous tombstones and epitaphs that represent a celebration of the dead. Lunch in Sighuetul Marmatiei. Dinner and lodging in Baia Mare.

DAY 5 BAIA MARE – CLUJ NAPOCA – SIBIU Breakfast. Departure for Cluj, the largest city in Transylvania, which was in the 15th century, under the Hungarian government, a cultural, education and econmic center. The city still conserves a certain Hungarian atmosphere, chiefly in its architecture. It is the largest Catholic church in the country, Saint Mijail, founded in the 15th century. Lunch. Continuation to Alba Lulia, on the banks of the Mures River, which was the capital of the Roman colony of Dacia and also of Transylvania during the 16th and 17th centuries. City tourela, from the 15th century, very well conserved, and of the Orthodox Cathedral, from the 12th century. Continuation to Sibiu, city rich with testimones from its Saxon past. Dinner and lodging.

DAY 6 SIBIU – BUCAREST Breakfast. Tour of the medieval center Sibiu and its old town (surrounded by narrow streets, small squares and houses with red roofs and dormers), of the Evangelical and Orthodox Cathedrals, and of the Buckenthal Museum. Continuation to Bucarest, with lunch en route, through the spectacular Olt Valley. Tour of the Monastery of Coziá, with frescos from the 14th century. Arrival in Bucarest. Dinner and lodging.

DAY 7 BUCAREST Breakfast and transfer to the airport at the indicated time to embark on flight to Madrid. Arrival and END OF TRIP 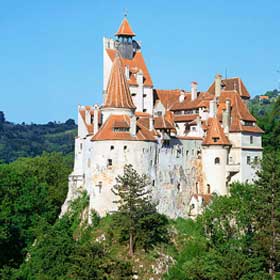 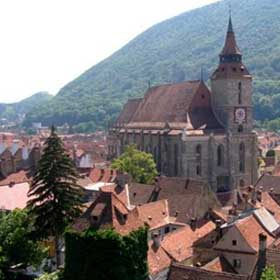 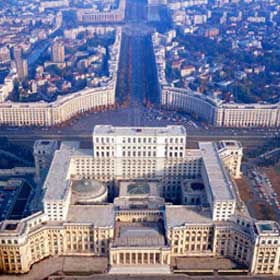 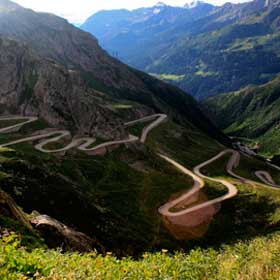 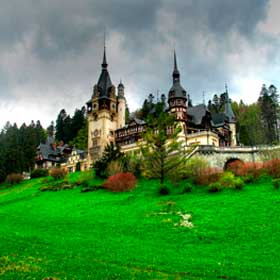 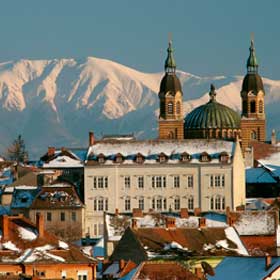 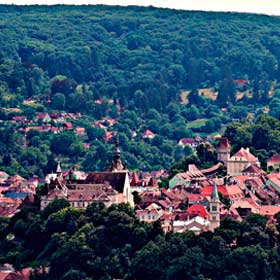