DAY 1 MADRID – SOFIA Presentation at the indicated time in the Airport of Barajas to embark on flight to Sofia. Arrival in the Bulgarian capital and transfer to the hotel. Dinner and lodging.

DAY 2 SOFIA – MONASTERY OF RILA – MONASTERY ROJEN – MELNIK Breakfast. Departure for the Monastery of Rila, the oldest, largest and most impressive of all the monasteries. Situated 119 km from Sofia, is the best example of the architectural perfection of Bulgaria, and it was founded in the year 927. Continuation to the Monastery Rojen, founded between the 12th and 13th centuries. Continuation to Melnik. Lunch en route. Arrival in Melnik, the smaller city of Bulgaria, famous for its wines, and situated at the feet of the Pyramids of Melnik, sandstone formations from which erosion has created fantastic figures. In Melnik are found the oldest ruins in Bulgaria, which are assumed to be the palace of the local Governor Alexis Slay. Dinner and lodging.

DAY 3 MELNIK – BANSKO – DEVIN Breakfast. Departure for Bansko, situated in Pirin, at an altitude of 1700 meters. Panoramic tour of the city, which features more than 120 cultural monuments, house-museums, the Church of the Most Holy Trinity, with a bell tower that is 30 meters tall. Lunch. Continuation to Devin, beautiful medieval city situated in the Rodopes Mountains. Dinner and lodging.

DAY 4 DEVIN – EXCURSION REGIONS OF TRIGRAD AND SMOLIAN Breakfast. Departure to take an excursion, with lunch, through the regions of Trigrad and Smolian, where we can contemplate the marvelous Bulgarian nature and the most impressive natural phenomena in the region, such as the Trigrad Canyon, the Buinovo Break, the Devil’s Throat Cave, Yagodino Cave or Haramiska Cave, the Chaír Lakes, etc. Tour of one of the picturesque caves. Return to Devin. Dinner and lodging.

DAY 5 DEVIN – MONASTERY BACHKOVO – ASSENOVA – PLOVDIV Breakfast. Departure to visit the Monastery of Bachkovo, the second largest in Bulgaria, founded in the year 1803 by the Georgian brothers Bakuriani, high functionaries in the court of the Byzantine emperor Alexis I. The principal church is that of Our Lady of the Assumption, from 1604, and the smaller one, that of the Archange, which dates from the 12th century. Continuation to the Assenova Fortress tied to the history of the 3rd Crusade. Lunch. Continuation to Plovdiv. Panoramic tour of the city, with its narrow cobblestone streets that guard houses of the most pure “Balkan baroque” style”, the majority of which are open to the public since they house museums , galleries or restaurants, the Ethnographic Museum, one of the most beautiful constructions, built in 1847 and considered a masterpiece of the Asymetric Renaissance house, the Church of Saints Constantine and Helen, that surprises due to the beauty of its frescos and the precious icons, and the Roman Amphitheater, from the 2nd century. Dinner and lodging.

DAY 6 PLOVDIV – KOPRIVSHTITSA – KAZANLAK Breakfast. Departure for the city-museum of Koprivshtitsa. Lunch. Tour of the picturesque city, situated in the Sredna Gora Mountains and that has been carefully conserved as an outdoor museum of the National bulgarian Renaissance. Continuation to Kazanlak, principal center of exportation of rose essence. Dinner and lodging.

DAY 7 KAZANLAK – VELIKO TARNOVO Breakfast. Tour of in the region of Kazanlak and the Valley of the Thracian Kings (3rd-4th centuries B.C.), with innumerable archaeological and historical treasures from the Greeks, Romans, Otomans and Thracians. Tour of the Thracian Tomb of Kazankak, in the Valley of the Roses, with delicate frescos from the 4th century B.C., and the Tomb Goliama Kosmatka. Lunch. Departure for Veliko Tarnovo. Dinner and lodging.

DAY 8 VELIKO TARNOVO – ARBANASSI – SOFIA Breakfast. Tour of Veliko Tarnovo, the medieval capital of Bulgaria, the most majestic of all the city museums. We will see the medieval ruins in the hill of Tzarevetz, the reconstructed Patriarcal Church, which dominates the entire city, both the medieval and the modern area, the Church of Saint Peter and Saint Paul, and the Church of Saint Demetrius, Baldwin’s Tower, etc. Continuation to the city of Arbanasi, situated 10 Km from Veliko Tarnovo, a town founded by Albanians that impresses with its fortress type houses. From among its churches the Church of the Nativity, from the 15th century, stands out. Continuation to Sofia. Dinner and lodging.

DAY 9 SOFIA Breakfast. Morning panoramic tour of Sofia, one of the oldest of the Balkan Penninsula. The green spaces, cleanliness of the streets and the tranquil environment of the city are rembarkable, and it zealously preserves the ruins from the Thracian, Roman, Byzantine, and Bulgarian periods. During the tour, we will be able to contemplate the Cathedral Alexander Nevsky, the largest Orthodox cathedral in the Balkans, which stands out due to its golden domes, the Church of Saint George, from the 4th century, ancient Roman rotunda and witness to important historical events, the remains of the Roman wall, Parliament Square, the National Theater, constructed in 1907 in neoclassical style, and the Church of Saint Sophia, from the 4th century and which gives its name to the capital. Lunch. Afternoon free. In the evening, Typical folkloric dinner. Lodging

DAY 10 SOFIA – MADRID Breakfast and transfer to the airport at the indicated time to embark on the return flight to Madrid. Arrival and END OF TRIP 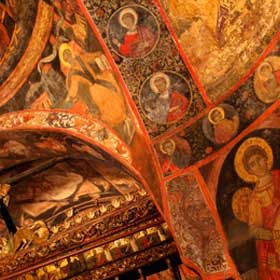 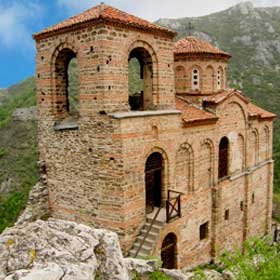 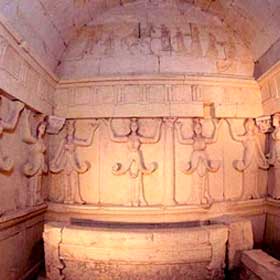 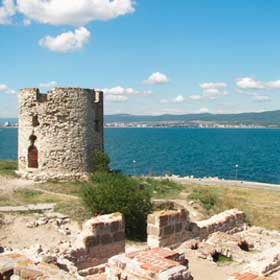 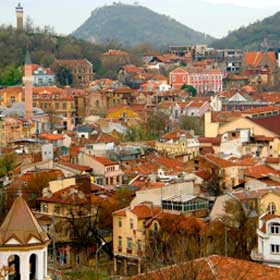 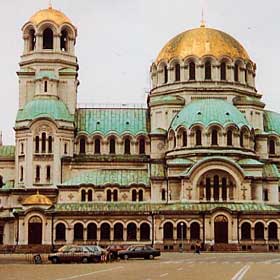 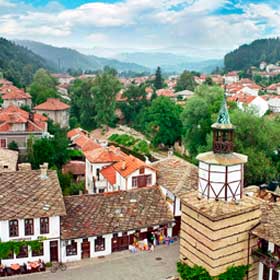 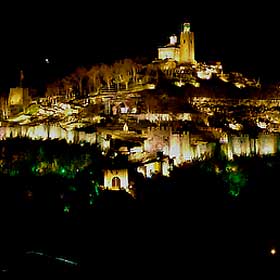