Departure from Madrid in coach for the Sierra de Cazorla.  The Ivy Castle (Castillo de la Yedra), of Muslim origin, and the ruins of the Renaissance Church of Saint Mary Major stand out from among its historical heritage. Lunch. In the afternoon we will visit this marvelous setting traveling to the lookout of the Valley, Cerrada de Utrero, Empalme del Valle, Interpretive Center in the Vinager Tower (Torre del Vinagre). This center is equipped with interpretation rooms of the flora and fauna, human activities, physical space and protected natural environment, conference room and audiovisual aids about the Nature Park. Next to the Interpretation Center there is an interesting “Botanical Garden,” where the majority of the wood species of the park (including the endemic species) are represented, the Path of the borosa River to the Cerrada de Elías,and the hunting park “Collado of the Almendral”. Arrival to the hotel. Dinner  and Lodging.

Breakfast. Departure to visit an oil press in the area where we can purchase olive oil. Continuation to Baeza, which became, thanks to the work and grace of King Ferdinand III, the first Andalusican city definitively won from the Arabs. From that moment, Baeza achieved the status of civil and religious capital of the Upper Guadalquivir, which favored its cultural development and splendor. We highlight its Cathedral with its attention-grabbing baroque altarpiece in the chancel,  which they say was carved by Alonso Rosillo in 1619 and gilded by Manuel Pancorbo in 1741. Lunch. Continuation to Úbeda, city founded by the emir Abd Al-Rahmanll. The city welcomes the traveler in Vázquez de Molina Square, one of the best examples of a Renaissance square in Spain overlooked by magesterial buildings like the Chapel of the Savior, commissioned by Francisco Cobos y Molina from the architect Andrés de Vandelvira, autor also of the neighboring palace of the Constable Dávalos and Town Hall, of Italian influence. The square is completed by the Collegiate Church of Saint Mary of the Royal Alcázares, Mancera Palace and other smaller constructions. In the afternoon return to the hotel. Dinner  and Lodging.

Breakfast. Morning departure to take a city tour of Jaén, whose urban nucleus rests on the foothills of the Cerro de Santa Catalina, and from which arises its castle, declared historic monument in 1931 and from which a wide panoramic view of the province can be enjoyed. Lunch. Departure for Madrid. END OF TRIP 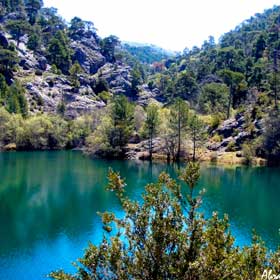 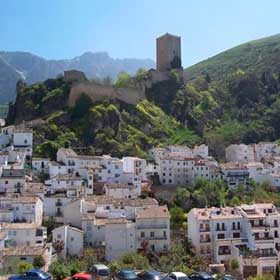