DAY 1 MADRID – PALERMO Meeting in Madrid-Barajas Airport in order depart on a scheduled flight to Palermo. Transfer to the hotel. Dinner fría and Lodging.

DAY 2 PALERMO – MONREALE – SEGESTE – ERICE – SELINUNTE Breakfast and city tour where we can contemplate marvelous churches with Byzantine mosaics, multicolored Arab-Norman palaces, the Cathedral, Piazza Pretoria and St. John of the Hermits’ Church. Departure for Monreale. Tour of the Cathedral, built in the 11th century and site of the most complete cycle of Byzantine mosaics that narrate the lives of the apostles and the Old Testament, in special the image of the Christ Pantocrator. Continuation to Segesta, where we will visit the Doric Temple. Lunch in restaurant. Afternoon departure for Erice, a marvelous medieval town. Finalizamos in Selinunte, fabulous archeaological park next to the coast. Transfer to the hotel. Dinner and lodging.

DAY 3 SELINUNTE – AGRIGENTO – PIAZZA ARMERINA – CATANIA Breakfast and tour of the archaeological site with remains of Doric Temples, fluted shaft columns and colossal crumbling statues. Continuation to Agrigento and tour of the Valley of the Temples, the the best preserved archaeological site of classical temples in the world, where those to Demeter, Juno, Hercules and the Concordia stand out, that last being the only one to have a Church in its interior. Lunch and departure for Piazza Armerina, tour of Villa Romana del Casale, luxurious villa of the Roman period, with its magnificent mosaics that represent the traditions and customs of that time. Continuation to Catania. Dinner and lodging.

DAY 4 CATANIA (EXCURSION ETNA AND TAORMINA) Breakfast and city tour where we can contemplate the Massimo Bellini Theater, the Via dei Crociferi, the Ancient Theater, the Cathedral, Town Hall, the Ancient fish market and the Visino Castle. Then departure to take an excursion to Mount Etna and ascend to the altitude of 1,900 meters. Mt. Etna is 3,323 meters tall and is one of the largest volcanoes in the world that is still active today. Lunch and Continuation to Taormina, the most famous summer resort in Sicily, situated at some height on Mount Tauro, full of squares, romantic alleyways and palaces and overlooking two immense bays. Tour of the Greek Theater. Return to the hotel at sunset. Dinner and lodging.

DAY 5 CATANIA – SYRACUSE – NOTO – RAGUSA – (FERRY A MALTA) – MALTA Breakfast and departure for Syracuse, the largest city of antiquity, founded in the year 734 B.C. and one of the most important archaeological sites. We will be able to contemplate the Temple of Minerva, transformed into a Christian cathedral, the legendary Fountain of Arethusa, the Temple of Apollo , the Greek Theater and the Roman Amphitheater, situated near the latomìe (stone quarries). Continuation to Noto, one of the most beautiful cities of Italy where the palaces and monuments flood the city. Tour and lunch. We will continue to Ragusa, where the baroque is splendidly manifest. The Zacco Palace Zacco and the cathedrals of Saint John and Saint George stand out. Transfer to the Port of Pozzallo to embark on the ferry. Arrival to Malta. Transfer to the hotel. Dinner and lodging.

DAY 6 MALTA (ROUTE OF THE TEMPLES, RABAT MEDINA AND MOSTA) Breakfast. Early morning departure in order to take an excursionpor the south of the island. We will visit The prehistoric temples of Tarxien, three temples that are still well preserved and amply demonstrate the artistic ability and capacity of the inhabitants of the Megalithic Period. Continuation to “Wied iz-Zurrieq,” and if time permits we will be able to admire close up the Blue Grotto, famous for the instense sea colors. Continuation to Rabat, where the Grotto of Saint Paul is found. Lunch in restaurant. We will continue with the city tour of Mdina, taking a stroll through the narrow streets of the Silent City and touring St. Paul’s Cathedral, Patron saint of The island of Malta. The tour will arrive to the bulwarks, from where almost the entire island can be seen. We will leave the city of Mdina through the “Greek Gate.” City tour and Continuation to Mosta, famous for its round dome, which is the fourth largest in Europe. The Basilica is dedicated to Saint Mary. Return to the hotel. We will celebrate Tenebrae services in the Church of the Dominicans. Dinner and lodging.

DAY 7 MALTA – (EXC. THE 3 CITIES) Breakfast. In the morning, we will discover the historic area known as the three Cities: Vittoriosa, Cospicua and Senglea. Traveling through Cospicua in coach one arrives to Birgu or Victoriosa as it is known today, where we will stroll through its lovely alleyways. In Senglea the magnificent guard tower in the center of the port and the Church of Maria Bambina with the statue of the Redeemer stand out. Return to the hotel. Lunch. In the afternoon, between crop fields and vineyards we will arrive in Marsaxlokk, a pretty fishing village. We will attend the Good Friday Procession in a traditional town, and we will celebrate Tenebrae services in the Church of the Dominicans or in the hotel. Dinner and lodging.

DAY 8 MALTA – VALLETA – ROME Breakfast and Tour of Valetta, capital of Malta, built in the 16th century by the Knights of the Order of St. John. Stroll through the busy streets to the gardens Barracca, from where one can enjoy the impressive panorama of the port. Tour of the Co-Cathedral of Saint John the Baptist adorned with riches from the period of The Knights of Malta. Here one can also see the famous Caravaggio painting and the cathedral museum where the beautiful Flemish tapistries are. Transfer to the airport to leave for Rome at 2:10 P.M. Arrival at 3:35 P.M. Transfer to the hotel. Check-in and transfer to the Piazza di Spagna. Free time to stroll through the beautiful capital of Italy, with its baroque streets, its churches and imperial monuments. Dinner in restaurant and attendance at the Vigil in the Church of La Santísima Trinidad. After the Vigili, at the designated time, the coach will pick us up at the door of the Church and will transfer us to the hotel. Lodging. 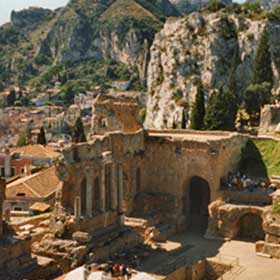 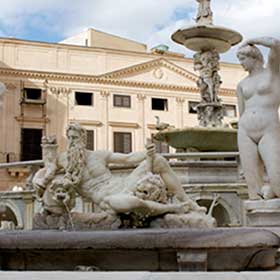 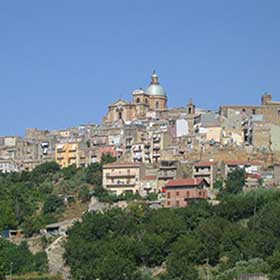 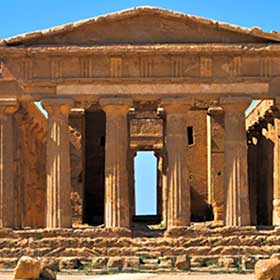 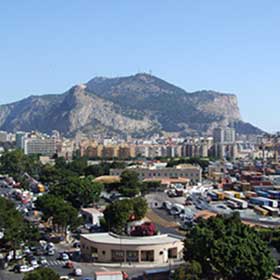 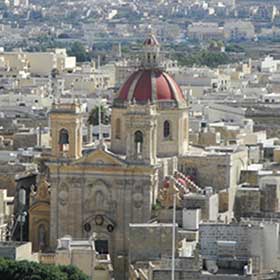 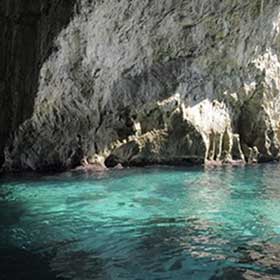 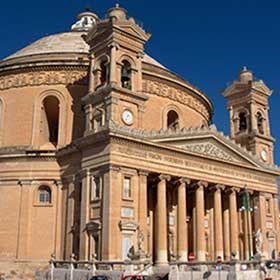 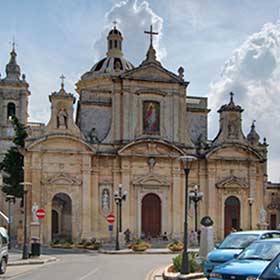 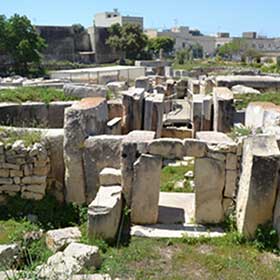 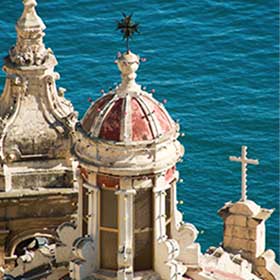 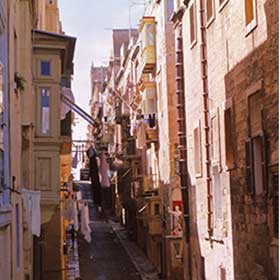