DAY 1 MADRID – BARI – SAN GIOVANNI ROTONDO Meeting in Madrid-Barajas Airport to take a flight to Bari. Arrival in Bari. City tour of the capital of the region of Apulia and the second principal city of southern Italy after Naples. Prominent among its monuments are the Castle founded by the Normans and rebuilt by Frederick II, the Cathedral dedicated to Saint Sabina, and Saint Nicholas Church, founded in the year 1087. After the visit continuation to San Giovani Rotondo. Transfer to the hotel. Dinner and lodging.

DAY 2 SAN GIOVANNI ROTONDO – Excursion al Mount San Angelo Breakfast. Morning tour of this town situated in the center a great valley halfway between such high summits as the Gargano, Mount•Nero and Mount Calvo, conserving still today the structure of an ancient mountain village, with white buildings roofed with the characteristic red clay tile. After lunch, we will have time to visit the places where Saint Pio of Pietrelcina walked. Known as Father Pío, he was famous for his supernatural deeds and for his stigmata, the five wounds of Christ crucified that he carried visibly on his body for 50 years. After the visit, departure for Mount San Angelo visiting the Shrine. Constructed in a transition style between Romanesque and Gothic, the Shrine is flanked by a free octogonal bell tower. A long covered staircase leads to a beautiful bronze door, byzantine work from 1076 that gives access to the nave of pointed arches that leads to the grotto where Saint Michael appeared to the Bishop of Siponto. The marble statue of the saint is work of Andrea Sansowine. Free time to continue visiting this beautiful city. Return to San Giovanni Rotondo. Transfer to the hotel. Dinner and lodging.

DAY 3 SAN GIOVANNI ROTONDO – POMPEII – NAPLES Breakfast. Departure for the city of Pompeii. Tour of the city buried in the year 79 A.D. by the eruption of Vesubius during the reign of Emperor Titus, where we can get a pretty exact idea of what daily life was like in a Roman city during the empire, with its streets and its public and private spaces. Lunch and continuation to Naples. Arrival in Naples. City tour of the capital of the region of Campania. Naples was founded as Greek colony in the 6th and 7th centuries B.C. and flourished during the Roman Empire. Its streets reflect the Roman, medieval and Spanish periods, and it counts among its historical buildings the Castel Nuovo, an imposing castle constructed in the 12th century and remodeled in the 15th, the Villa Floridiana, splendid town from the 19th century, the world famous Opera House of San Carlo, constructed in 1737, the National Museum, etc. Transfer to the hotel. Dinner and lodging.

DAY 4 NAPLES – Excursion a Capri Breakfast. Full day excursion with lunch to the island of Capri. Departure in coach at the designated time for the port to take the ferry to arrive to this island anchored in the blue waters of the Golf. It was considered in the Roman period to be a “place given by nature for resting the spirit and pleasing the senses.” We will visit the famous Blue Grotto and we will have the possibility to stroll through the pretty parks and from the lookouts see the famous lighthouses along the coast. Return to Naples. Transfer to the hotel. Dinner and lodging.

DAY 5 NAPLES – MONTECASSINO – TIVOLI – ROME Breakfast. Departure at the designated time for Montecassino to visit the famous Abbey, a Benedictine abbey located on a rocky hill. Continuation to Tivoli. Lunch. After lunch we will go to Villa d’Este. Declared World Heritage Site, it is a masterpiece of Italian architecture and especially of garden design. Continuation to Rome. Arrival and transfer to the hotel. Dinner and lodging.

DAY 6 ROME Breakfast. Morning panoramic tour of the “The Eternal City”, contemplating Piazza Venezia, Capitoline Hill, the Avenue of the Imperial Fora, the Colosseum, considered the most beautiful Roman Amphitheater, the Arch of Constantine, etc. Lunch. Then, free time. At dusk, around 7:00 P.M., we will visit “Baroque Rome,” where we will see the spectacular Piazza Navona, with splendid fountains and statues by Bernini, the Trevi Fountain, whose waters gushin abundance, the Piazza di Spagna, with the staircase of Church of the Trinita dei Monti, etc. Dinner and lodging.

DAY 7 ROME Breakfast. Transfer to the Vatican and tour of the Vatican Museum (where we will be able to see Greek statues, Estruscan vases, funerary objects, tapisteries, mostly Flemish frmo the 16th to the 18th centuries, and a long et cetera of works of art) and the celebrated Sistine Chapel, with the paintings of Michelangelo. Lunch. In the afternoon we will have free time to continue visiting this spectacular city which leaves no one indifferent. Dinner and lodging.

DAY 8 ROME – MADRID Breakfast. In the morning, we will take a tour of Christian Rome where we will visit the major basilicas of Saint Mary Major and Saint John Lateran. We will continue the visit entering in a labyrinthine catacomb of galleries with niches, crypts and sarcophagi. Lunch and transfer at the designated time to the Airport of Rome to take a flight to Madrid. Arrival and END OF TRIP 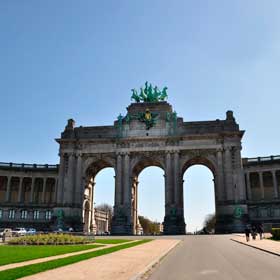 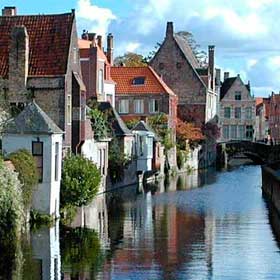 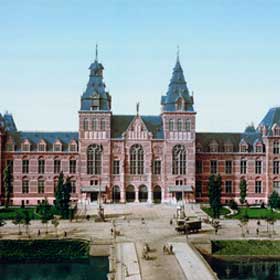