Meeting in Madrid-Barajas Airport to leave on flight IB 6275 with Departure at 11:50 A.M. and Arrival in Chicago at 2:20 P.M. Connection to flight AA 1835  with departure at 4:40 P.M. and arrival to San Francisco at 9:20 P.M. Transfer to the chosen hotel in private coach  with assistance of a guide. Arrival to the hotel. At the scheduled time transfer to the restaurant in private coach with Assistance. Dinner in Momo’s Restaurant. After diner return to the hotel. Lodging.

Breakfast in the restaurant of the hotel. Panoramic tour of the city with local guide incluided  in the Tour of Alcatraz. To begin the Tour of San Francisco, one needs to understand that it is one of the lovliest cities in the United States and one of the most varied in all senses. Its geographic location allows it to offer a climatic variety that gives its inhabitants the four seasons in one single day, depending on the area of the city where you are.  It is said that San Francisco has its own micro-climate. To is geographic diversity is added its ethnic diversity. An architectural and cultural diversity embellish and raise the “charm” of this city. The visit includes various stops where you will be able to  take fantastic pjotographs like the area of Fisherman’s Wharf. The Marina District, the San Francisco Bay, Palace of the Arts, Presidio National Park, the famous Golden Gate Bridge, Clif House, Ocean Beach and the Pacific Ocean, Chinatown. Continuation to Alcatraz. This interesting visit begins by making the crossing in boat that last between 25 and 30 minutes before arriving in the world famous island of Alcatraz, which was the first permanent American fort on the west coast where they would later construct the first lighthouse on the Pacific Coast. Later this island became a federal prison in 1934 with a reputation for being impossible to escape from due to the rocky cliffs, the cold waters of the Pacific, the dangerous currents and the sharks that made for natural guards. Once on the island you will be given earphones in order to be able to follow step by step the internal tour of the prison and see the cells of many of the most dangerous and feared criminals of the period. Among those detained there included Al Capone, Robert Stroud – the bird man of Alcatraz, murders like Mikey Cohen and Machine Gun Kelly. Lunch in restaurant. In the evening, transfer to the restaurant in private coach with the assistance of a guide. Dinner including open bar 1 hour. Restaurant inside the San Francisco City Club, whose  mission is actively the art and the culture of San Francisco through the colaboration with first class arts and cultural organizations. After dinner return to the hotel. Lodging.

Breakfast. Excursion to Napa Valley Sonoma, visiting the Rutherford Hill Winery in private coach with the assistance of a guide with Lunch (including 1 glass of wine white and a glass of red wine). In the wine cellar there will be a wine tasting. Founded in 1972, Rutherford Hill Winery is a pioneer business in the development of the Californian Merlot. Today, Merlot continues to be the signature wine of the company with 75 percent of the production of Rutherford Hill dedicated to this variety, one of the main ones of Napa Valley. Return to the hotel in San Francisco.  In the evening, transfer to the restaurant in private coach with assistance of a guide. Dinner in restaurant. After dinner, return to the hotel. Lodging.

Breakfast in the restaurant of the hotel. Assisted transfer from the hotel to the Airport of San Francisco to leave on flight AA 1915 with Departure at 9:30 A.M. and arrival in Las Vegas at 1:05 P.M.  Arrival in Las Vegas. Meeting in the airport with the coach and assitant and transfer to the restaurant for lunch. Lunch in restaurant. Transfer to the hotel. Free time and in the evening, panoramic tour of the city with a stop to eat dinner in a restaurant.  In this tour we include the Luxor, fantastic crystal pyramid with its laser that illuminates the sky for kilometers. Stop for the traditional photo in the luminoso WELCOME TO FABULOUS LAS VEGAS continuing on to the Tropicana. Finally we will take up the ROUTE to the Old Strip where the first casinos in Las Vegas we born and where we will enjoy a fabulous light and sound show. During the tour we will see some of the named Chapels where thousands of coupls get married every day in this city. Dinner in restaurant. Mon Ami Gabi is a classical French bistro and restaurant specializing in meat, crepes and quiches. Lodging.

Breakfast. Departure for the excursion to the Grand Canyon.

This excursion is approximately 7 hrs. from the time you leave the hotel to returning. Passengers will be picked up in the hotel approximately  1.5 hrs  before the take off of the flights. Departure in private bus from the hotel to Boulder City Terminal for Check-in. Boarding the planes and beginning of the aerial tour of Lake Mead and Hooveer Dam and of the West Rim of the Canyon before landing in the Grand Canyon West. Duration of the flight 30/40 minutes. Once in the Grand Canyon we will descend 4000 feet in Helicopter where we will take a boat to explore  the beauty of the Grand Canyon in the Colorado River. After this small tour we will return to go up in Helicopter to the Grand Canyon. We will take a bus that will take us to Guano Point where the Hualapai natives will serve us a light typical Indian lunch. Afterward we will be able to walk over the ganway of the Skywallk, a unforgettable experience over the Canyon at 4000 feet high. Upon finishing we will return again by plane to Boulder City Terminal to be picked up in buses to the hotel. Free time.  Assisted transfer to the restaurant in coach.

Departure from the hotel 1 ½ hours before the departure of the flight. Departure from the hotel in bus to arrive at Boulder terminal for check in. We will go up in helicopter to fly over the Grand Canyon. We will see the impressive views of the black volcanic mountains, Grapevine Mesa and we will cross  the cliffs of the  Grand Wash descending 4000 feet to the bottom of the Grand Canyon. Breakfast that includes croissants, muffins, apple or orange juice. Coca Colas and water. (30 minutes). Again we will go in the helicoppters to enjoy another return ROUTE to the Boulder Terminal. Meeting with our rafting guide of the Balck Canyon that will take us by bus to the base of the Hoover Dam. We will get in the motorized rafting boats and we will visit nearly 11 miles of the Colorado River. We will stop at a private beach for those who want to take dip and and We will enjoy  Box Lunch that includes turkey sandwich, apple, potatoes chips and cookies with water. Once Lunch is over, return to the hotel. Dinner in restaurant.  Return to the hotel. Lodging

Breakfast in the restaurant of the hotel. Morning free, and transfer at the scheduled time (Only coach service without local guide) to Las Vegas Premium Outlet. The Premiun Outlet of Las Vegas is one of the largest outlets in  United States, almost more than 1000 stores with the main American brands at incredible prices. Lunch on your own in the outlet. Return to the hotel. Time to prepare for the formal dinner. Transfer to the restaurant in Limousines. Formal dinner with open bar. Dance with DJ and open bar 2 hours. Return to the hotel. Lodging.

Breakfast in the restaurant of the hotel. Morning free. Assisted transfer to the airport to leave on a flight to Chicago. Connection to  the return flight to Madrid. Night on board.

Arrival to Madrid-Barajas Airport and END OF TRIP 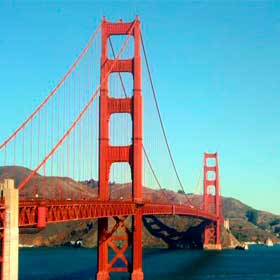 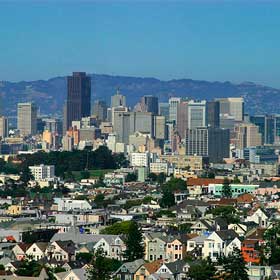 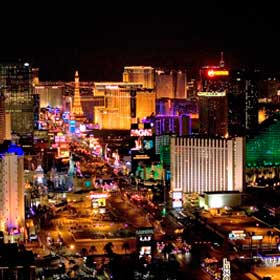 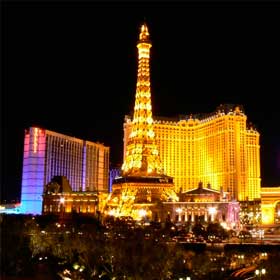