DAY 1 MADRID – FRANKFURT Presentation at the specified time to board a flight to Frankfurt. Arrival to the financial capital of Germany . Short Panoramic tour. Transfer to the hotel. Dinner and lodging.

DAY 2 FRANKFURT – COLOGNE – FRANKFURT Breakfast and departure for Cologne, founded by the Romans in the year 50 AD. The Cathedral, one of the most splendid European Gothic buildings, whose construction took 600 years and was not finished until 1880, stands out. This impressive Cathedral has twin towers topped by exquisitely worked needles that rise 157 meters high. In addition it holds the Reliquary of the Three Magi, brought from Milan by Frederick Barbarroja. Its famous university, founded in 1388, is one of the oldest in Europe. Lunch in Cologne. Arrival, dinner and lodging.

DAY 3 FRANKFURT – LEIPZIG – DRESDEN Breakfast. Departure for Leipzig. Lunch. Panoramic tour of this old city in the East, An absolute must for culture lovers for some time. University city from 1409, Wagner was born there, Goethe studied there, Bach lived, worked and is buried there and Mendelssohn lived and died there. Continuation to Dresden. Dinner and lodging.

DAY 4 DRESDEN – BERLIN Breakfast. Panoramic tour of Dresden, city known as the “Florence of the Elba” and capital of Saxony. We will be able to contemplate the architectural marvels that rise up around the theater square the Brühl terrace, but in addition there are many others points of interest, like the Church of Our Lady of Dresden, the Semper Opera, Pillnitz Palace, etc. Lunch. Departure for Berlin. Dinner and lodging.

DAY 5 BERLIN Breakfast. Panoramic tour of the city, unique in Europe due to its history, apearance and atmosphere. Highlights include its Neobaroque cathedral (principal center of Prussian Protestantism constructed between 1893 and 1905), City Hall, the Brandenburg Gate (symbol of Berlin), the Kaiser Wilhem Memorial Church, Saint Nicholas’ Church (the oldest sacred building in Berlin), the Victory Column, etc., 69 meters tall and crowned by a golden Victory. Tour of the Pergamon Museum and Egyptian Museum . Lunch. Afternoon tour of new Berlin, Potsdamer Square, with its skyscrapers, like the Kolljoff Tower, the Sony Building, the Beisheim Center. Dinner and lodging.

DAY 6 BERLIN – EXCURSION TO POTSDAM Breakfast. Departure to take an excursion to Postdam, where we will visit the palace Sanssouci, which still maintains inside the richness of the years of Prussian splendor of Frederick the Great. The city has some lovely gardens that surprise us with marvelous palaces at every step. Lunch. Return to Berlin. Afternoon free. Transfer to the hotel. Dinner and lodging

DAY 7 BERLIN – WEIMAR – ERFURT – FRANKFURT Breakfast. Departure for Wei sea. Panoramic tour of this city, known by the nickname of the “Athens of Germany”. Not only Goethe succumbed to the grace of Weimar; today the same happens to millons of people. There are many reasons to visit this small city situated in the heart of Germany, to continue in the footprints of Goethe, Schiller, Bach and many other important personalities. The most interesting include the house where lived Goethe, the National Museum, the house where Schiller was born, Wittum Palace, the Church of Saint Peter and Saint Paul, etc. Continuation to Erfurt. Lunch. Panoramic tour, where we can contemplate its historic center, the Cathedral and Saint Severo, considered one of the most impressive creations of medieval architecture. Continuation to Frankfurt. Dinner and lodging.

DAY 8 FRANKFURT – EXCURSION TO HEIDELBERG AND ROTHENBURG – MADRID Breakfast. Departure to take an excursion, with Lunch included, to Heidelberg, old university city on the banks of the Neckar River, where we will take a walk through its historic center, which is dominated by the Palatine Castle, the Church of the Holy Spirit, etc. Continueation to Rothenburg, one of the oldest cities of the “Romantic Route”. It commands, from Its strategic location, the serpentine course of the Tauber River. Its narrow cobble streeets , the lovely façades with pointed fronticepieces, the fountains and the half timber buildings recreate the atmosphere of a Medieval city. Continuation to the Airport of Frankfurt to board a return flight to Madrid. END OF TRIP 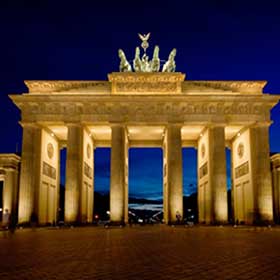 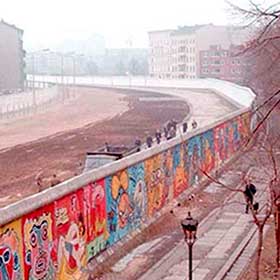 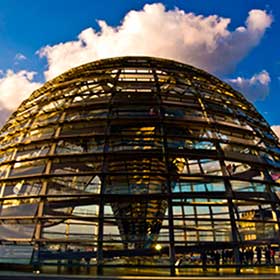 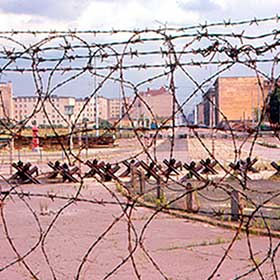 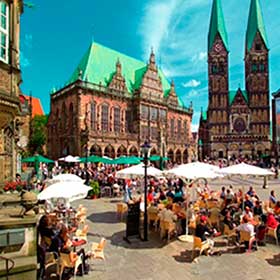 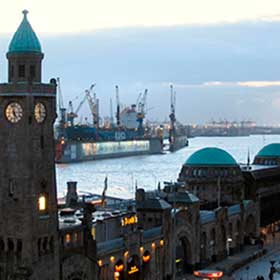 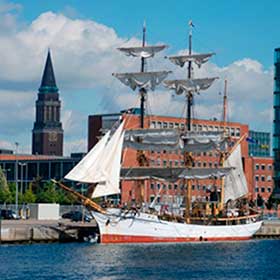 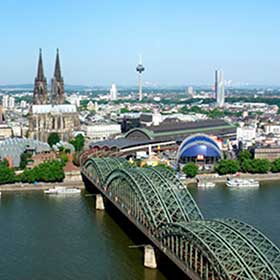 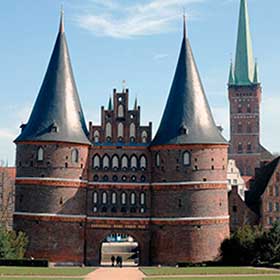 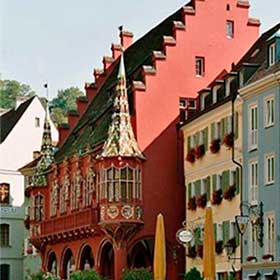 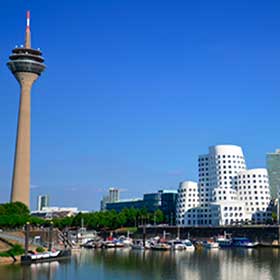 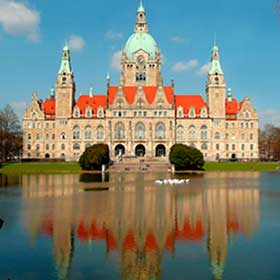 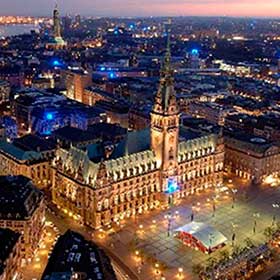 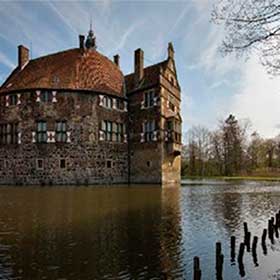 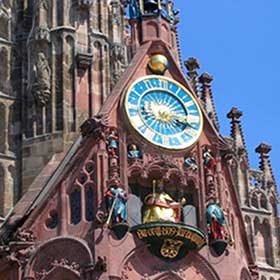 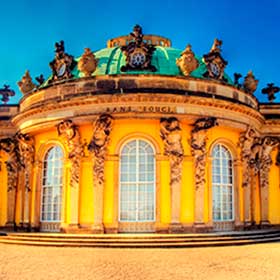 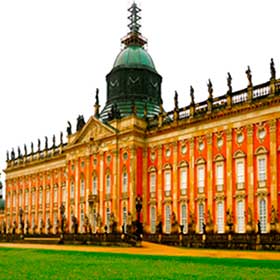