DAY 2 WARSAW Breakfast. Departure to take a panoramic tour of Warsaw. We will take a tour along the “Royal Route,” crossing Ujazdowskie, Nowy Swiat and Krakowskie Przedmiescie Streets, with numerous churches, monuments, historical buildings and palaces, many of which are currently seat of ministries and embassies; the Theater of the Opera and the Tomb of the unknown soldier; the area of the old ghetto; the Old City (the picturesque Market Square; the Cathedral of Saint John; Castle Square and the Column of King Segismundo III Waza, the symbol of the Polish history); Tour of the Royal Castle; the marvelous park of Lazienki, one of the most enchanting in Europe . Lunch in restaurant. Afternoon free. Dinner and lodging.

DAY 4 CZESTOCHOWA – KRAKOW Breakfast. In the morning, mass in one of the Chapels. Tour of the Monastery of Czestochowa, important Marian center and the Most important shrine in Eastern Europe, where we will take a Tour of the Klasztor Paulinow, monastery – fortress constructed in 1382 to house the Pauline monks expelled from Hungary to whom was entrusted the celebrated icon of the Black Virgin. The entire hill is known as Jasna Gora (Luminous Mountain), and in the Historic Grouping the Basilica of the Holy Cross, the Chapel of Saint Paul, the Chapel of the Nativity of Mary, which houses the image of the “Queen of Poland”, are prominent, without forgetting the sacristry, the Knights Hall and the Treasury. Lunch in restaurant. Continuation to Krakow. Dinner and lodging.

DAY 5 KRAKOW Breakfast. Tour of Krakow, the most beautiful city in Poland, capital of country from the 11th century to the 16th, and cultural center of the country, where we can contemplate a truly historic environment. Krakow was saved from the destruction of the Second World War. We highlight between its monuments the hill of Wawel, the Royal Castle, the Gothic Cathedral, Old Town, with the Market Square, one of the largest in Europe, the famous Pyears Market. Lunch in restaurant. In the afternoon, free time in order to visit the Cathedral of Saint Wenceslaus and of the Bishop Saint Stanislaus, the largest monument of the city and the largest Gothic church in the country, seat of the coronation of all the kings of Poland. Dinner and lodging.

DAY 6 KRAKOW – Excursion to Kalwaria Zebrzydowska, Wadowice and Wieliczka Breakfast. Departure for Kalwaria Zebrzydowska, with a stop in order to admire the Monastery Bernardino from the 15th century. Continuation to Wadowice and Tour of the birth house of Pope John Paul II. Lunch in restaurant. Continuation to Wieliczka. Tour of the magnificent salt mines, unique in the world, UNESCO World Heritage Site, with magnificent Chapels sculpted in salt, ample subterranean chambers and endless grottos and streams of water more than 250 meters deep. Return to Krakow. Dinner and lodging.

DAY 7 KRAKOW – AUSCHWITZ – WARSAW Breakfast. Morning free to continue visiting this beautiful city. Excursion to the concentration camp in Auschwitz, an encounter with the terrible past, the Nazi period and Its extermination of the Slavic towns and Jews. The museum, symbol of martyrs, is made up of an immense Historic Grouping of barracks, in which the belongings of the victims are conserved. Lunch in restaurant. Departure for Warsaw. Dinner and lodging 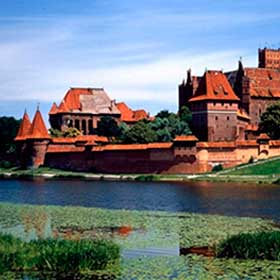 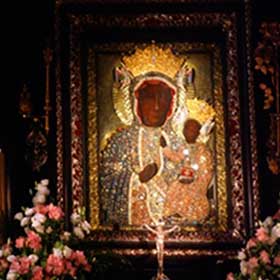 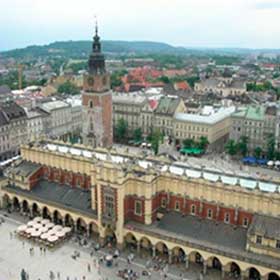 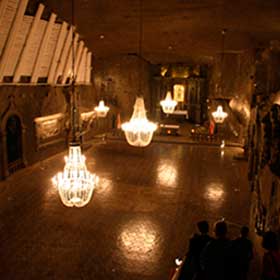 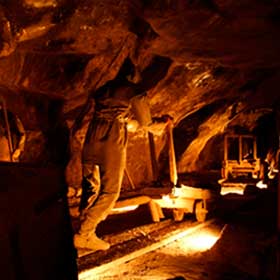 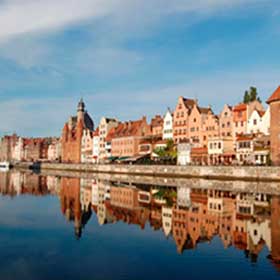 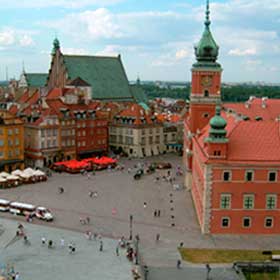 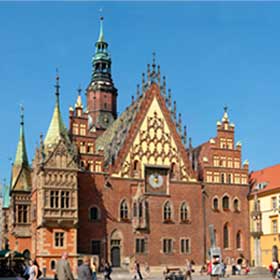