DAY 1 BARCELONA Arrival in Barcelona and meeting with the accompanying guide. Departure to take a tour of the Gothic Quarter, with the Sant Jaume Square, the Gate of the Plaça Nova, site of the Generalitat Palace and Town Hall; the Royal Palace, the Church of Saint Agatha, the Palace of the Archive of the Crown de Aragon, the Cathedral and the medieval palaces of the House of Canonges, of the Pia Almoina and of the Ardiaca. Lunch. We will also visit the Sagrada Familia, the the most ambicious and representative project of the architect Gaudí, unfinished due to his untimely death (he was hit by a street car). Transfer to the hotel. Dinner and lodging.

DAY 2 BARCELONA – NIMES – AVIGNON – MARSEILLE Breakfast. Departure for Nîmes, the most Spanishlike of the French cities according to some guides. It has more than two thousand years of history, proof of a time in whcih the Roman Circus, the Maison Carrée, the Temple of Diana, the Great Tower, and the aqueduct of the Bridge of the Gard formed a notable and fascinating architectural pole. In addition, it is one of the few French cities with a strong taurine culture. Lunch. Afternoon departure for the city of Avignon, famous for its summer festival and for its historic center classified by UNESCO. We will continue to the lovely locale of Marseille. Transfer to the hotel. Dinner and lodging.

DAY 3 MARSEILLE – CANNES – GRASSE – NICE Breakfast. City tour of Marseille, which competes with Bordeaux and Nice the be the third most important city in France. Multicolored city and traditional entrance gate to France for many African, it offers a very visible contrast between tradition and modernity. It is known as the French Naples. Lunch. Traveling on the fantastic highway that skirts the Mediterranean along the celebrated Blue Coast, we will get to know the lovely town of Cannes, known for its distinguished film festival. Continuation of the route to Grasse, where we will get to know its famous perfumeries. Continuation to Nice. Transfer to the hotel. Dinner and lodging.

DAY 4 NICE – MONACO – NICE Breakfast. Departure for the Principality of Monaco, small enclave of little more than 30,000 inhabitants situated very near the city, and known for its famous inhabitants, as well as for its casino, its stores, its marina and its luxurious hotels. Tour of the Oceanographic Museum of Jacques Cousteau. Lunch in a restaurant in Montecarlo. At sunset, return to Nice to enjoy free time in the city. Dinner and lodging.

DAY 5 NICE – EXCURSION TO THE RIVIERA DEI FIORI – SAN REMO –GENOA Breakfast. Departure for the Italian town of Alassio, one of the most famous tourist towns on the Riviera dei Fiori (Flower Coast). Afterward, tour of the city of San Remo, celebrated for its music festival. Lunch. In the afternoon, we will transfer to San Remo. Tour of the capital of the Italian Riviera, where we can get to know its streets full of old buildings, castles and palaces, the Casino and its inside theater, the magnificent Church of the Virgin of the Coast, etc. Continue to Genoa. Transfer to the hotel. Dinner and lodging.

DAY 6 GENOA – PISA – FLORENCE Breakfast. Tour of this city of contrasts with its old neighborhoods of sumptious palaces. Its relevance is due to its port, the most important in Italy and the second in importance on the Mediterranean Sea, and it has the second largest acuarium in Europe. Lunch. We will continue our path toward Florence, making a stop to visit Pisa, city of Galileo with the famous Campo dei Miracoli, site of the Historic Architectural Grouping that houses the Baptistery, the Cathedral and the famous Leaning Tower. Departure for Florence and transfer to the hotel. Dinner and lodging.

DAY 7 FLORENCE – SIENA – ROME Breakfast. Panoramic tour of the city of Florence, City-Museum, “Birthplace of the Renaissance”, situated on the banks of the Arno River, where we can contemplate the Duomo of Santa Maria del Fiore, the Piazza della Signoria, the Santa Croce, Ponte Vecchio, the Cathedral, the Baptistery (where the Doors of Paradise impress), as well as Giotto’s Campanile, the Piazza della Signoria with the Palazzo Vecchio… We will visit the Academia to see Michelangelo’s David. Lunch. In the afternoon we will leave for Siena. Beautiful gothic city with its medieval streets and buildings, and its characteristic ochre color. We will see its alleyways, its Cathedral, the oldest in Italy, and its famous Piazza del Campo, scenery of the famous races and where the Festival of Il Palio takes place every year. We will continue our journey to Rome. Transfer to the hotel. Dinner and lodging.

DAY 8 ROME Breakfast. Departure to begin a panoramic tour with lunch of the Italian capital, Rome, visiting the Colosseum, the Imperial Fora, the Arch of Constantine, and the Piazza di Venezia with the impressive monument to Victor Emmanuel II in white marble. We will also see Capitoline Hill, etc. In the afternoon we will take a tour of Baroque Rome, where we will see, among others places of interest, the Piazza Navona, the most spectactular and characteristic of Baroque Rome, with the splendid fountains and statues by Bernini, Trevi Fountain, whose waters gush in abundance, the Piazza dei Spagna, with the staircase of the Trinity of the Mount, etc. Transfer to the hotel. Dinner and lodging.

DAY 9 ROME Breakfast. Departure to begin the Tour of the Vatican Museum, which includes the works of art and sculptures of the Vatican City and the Sistine Chapel, apex of the Renaissance situated inside the Vatican Museum. Historic Artistic Grouping of vital importance, it is the masterpiece of Michelangelo, although other artists participated. It is also fundamental to visit the rooms of Pope Julius II decorated by Raphael with the famous work “The School of Athens”. Lunch. Afternoon tour of the Basilica of Saint Peter, the most important religious temple in Roman Catholicism and site of the Holy Seat . Free time to enjoy the city. Dinner and lodging.

DAY 10 ROME – NAPOLES – EXCURSION TO POMPEII – ROME Breakfast. Departure for Naples. Panoramic tour of the city where we will point out the Royal Palace, Castel Nuovo, Piazza del Plebiscito, Theater of S. Carlo, Galería Humberto I and neighborhood of Santa Lucia. Lunch. We will continue to Pompeii, where we will be able to see the archaeological ruins, the eruption of Vesubio. Considered the best preserved city in the world, reflected in its buildings, the areas of the forum, theater, amphitheater, thermal baths, house of protitutes and some examples of houses such as the house of the Faun or the house of the Vettii. Return to Naples. Transfer to the hotel in Rome. Dinner and lodging. 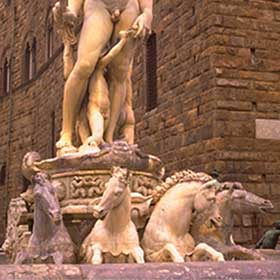 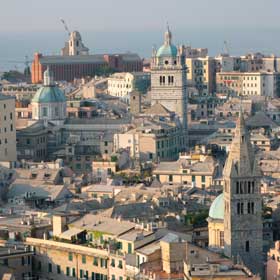 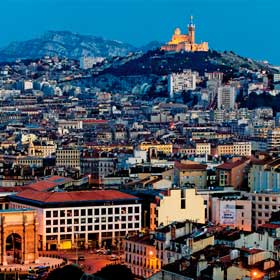 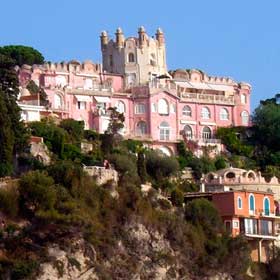 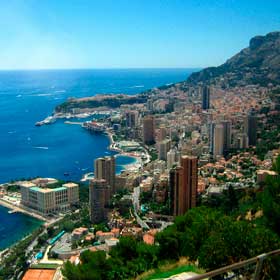