DAY 2 MADRID Breakfast. Guided panoramic tour through the city of Madrid, capital of Spain since Philip II selected it in the 16th century. During the visit we will see the Plaza Mayor, the Plaza de Oriente, location of the Royal Palace, The Cathedral, the Church of San Franciso the Grande, the Gran Vía, Puerta del Sol, Street and Puerta de Alcalá, Paseo de the Castellana, Paseo of the Prado, Retiro Park, Plaza de España, Columbus Square, Bullring, Plaza de Cibeles, Neptune, etc. Then we will visit the Prado Museum. Then, we will visit Santiago Bernabéu Stadium, which belongs to the Real Madrid Football Club. Free time. Dinner and lodging.

DAY 3 MADRID – EXCURSION TO TOLEDO Breakfast and departure for Toledo, known as the city of three cultures, for having been inhabited for centuries by Christians, Jews and Muslims, as well as “The Imperial city,” for having been the principal seat of the court of Charles I of Spain. Panoramic tour of the city where we will contemplate the Cathedral, which we will visit, the Alcázar, the Synagogue of the Tránsito, and the Church of Santo Tomé, which we will also visit. Return to Madrid. Free time. Dinner and lodging.

DAY 4 MADRID – CONSUEGRA – GRANADA Breakfast and departure for Consuegra, important town of the Mancha of Roman origin. It is situated at the feet of Mount Calderico, on which an impressive castle with an exceptional keep and some typical manchegan windmills arise. Afternoon departure for Granada. Transfer to the hotel and free time. Dinner and lodging.

DAY 5 GRANADA Breakfast. Departure to take a city tour, including the Alhambra, the most beautiful example of Arabic architecture in Spain. The Alhambra palace, citadel and fortress, residence of the Nasrid sultans (from the 13th to the 14th centuries). Today it is a monument with four distinct areas: the palaces, the military area (Alcazaba), the city (Medina) and the agriCultural estate of the Generalife, all of them surrounded by wooded areas, gardens and orchards. From the Alhambra, we will have a lovely view of the Albaycín. Continuation of the tour with a stroll through the famous Albaycín and Sacramonte neighborhoods, where we will be able to enjoy the typical architecture of the city. Upon finishing, transfer to the hotel. Dinner and lodging.

DAY 6. GRANADA – CORDOBA – SEVILLE Breakfast. Departure for Cordoba, millenial city with a very extensive historic center, declared World Heritage Site by UNESCO in 1984. Arrival to and tour of the monumental Mosque-Cathedral. In the afternoon, stroll to enjoy its alleyways and to admire the famous Cordovan patios. Continuation to Seville. Dinner and lodging.

DAY 7 SEVILLE Breakfast. Departure to take a panoramic tour of this monumental and colorful city. We will walk through the Plaza de América, with its famous white pigeons, and see the Mudéjar Pavilion. W will also see the Cathedral, Maria Luisa Park, the neighborhood of Santa Cruz, and the Royal Alcázares, the oldest royal residence of the Spanish crown, where we will be able to enjoy its patios and salons in a succession of periods and styles: Almohad, Gothic, Mudéjar and lastly Renaissance. Afternoon free. Return to the hotel. Dinner and lodging.

DAY 8 SEVILLE – BEJA – LISBON Breakfast and departure for Beja, whose history goes back to Roman times when Julius Cesar turned this city into the regional capital. We will contemplate the ruins of Pisões, vivid evidence of the riches of the empire. Continuation to Lisbon, a city located on the left bank of the Tagus River. It is one of the few European citie with both river and coast. Transfer to the hotel. Free time. Dinner and lodging.

DAY 9 LISBON Breakfast and departure to take a panoramic tour of this beautiful Portuguese city, capital of the Republic, located on the banks of the mouth of the Tagus River. The Hieronymites Monastery, Belem Tower, Rossio Square, the Lisbon Greenhouse, etc. In the afternoon free time to continue visiting this pretty city. Dinner and lodging.

DAY 10 LISBON – EXCURSION TO SINTRA, CASCAIS AND ESTORIL Breakfast. Full day excursion to the pretty towns of Sintra, World Heritage City from 1995, Cascais, fishing port and vacation center, and Estoril, the city of town s and parks, with the enchantment of the old but also with modern towers. Return to Lisbon. Dinner and lodging.

DAY 11 LISBON – PLACE OF ORIGIN Breakfast. Transfer to the airport for your scheduled flight to our point of origin. End of services. 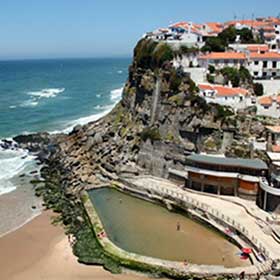 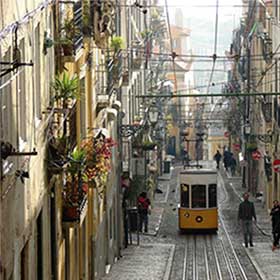 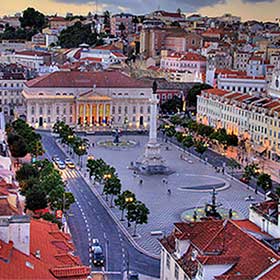 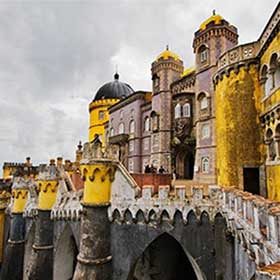