Ireland: The Footprints of Saint Patrick

DAY 1 MADRID – DUBLIN Meeting in Madrid-Barajas Airport to leave on a flight to Dublin. Arrival to the airport of Dublin. Meeting with the driver and guide. Transfer to the hotel. Dinner and lodging

DAY 2 DUBLIN – KILKENNY Breakfast. Morning departure for the region of Wicklow and tour of Glendalough: Tour of the “Glen of Two Lakes”, magical place. Ancient monastic settlement hidden behind two dark lakes and the shadow of the steep slopes of a deep valley. It is considered of the most picturesque landscapes in Wicklow. It is said that it is the union of all the landscapes and colors of Ireland. Lunch. Arrival in the town of Kilkenny and tour of the Cathedral. Dinner and lodging.

DAY 3 KILKENNY – LIMERICK Breakfast. Departure for Limerick. During the trip, tour of two important Christian settlements: the Abbey of Holycross, profoundly reformed in the 20th century with the goal of turing it into a pilgrimage center, and Rock of Cashel, one of the most spectacular archaeological sites in Ireland. Lunch. Arrival in Limerick In the afternoon. Dinner and Lodging

DAY 4 LIMERICK – GALWAY Breakfast. Departure for Galway. During the trip, tour of the Ennis Friary. We will also make a stop at the Cliffs of Moher. These cliffs are truly astounding, are one of the most important hallmarks in Ireland. Lunch. Arrival in Galway in the afternoon and tour of the Catholic Church of Saint Nicholas. Dinner and Lodging

DAY 5 GALWAY – (CONNEMARA) – KNOCK Breakfast. Day dedicated to the marvelous region of Connemara. It is a region with a spectacular geography, almost mythical, of glacial lakes, silent and magnificent mountains, solitary roads and mute uninhabited marshes. Lunch. Tour of the Abbey of Kylemore, with its magnificent Neogothic Church , built in the 19th century by a rich merchant from Liverpool. Only the entrance and three rooms of the Abbey can be visited, since the rest remains closed to the public because the Benedictine monks live there. Arrival in Knock In the afternoon. Dinner and lodging.

DAY 6 KNOCK – DUBLIN Breakfast. Small and modest place that witnessed the apparition of Saint Joseph, Our (Crowned) Lady and St. John the Evangelist, as well as a lamb, a cross and some angels in an altar. Today you can visit the sepulchre, where you will be able to see a marvelous representation of the appearance. Lunch. Afternoon departure for Dublin. During the trip we will make a stop to visit the monastic settlement of Clonmacnoise. Legendary among among Paleo-Christianity, its current remains are a circular tower, a pair of churches and a Cathedral. Arrival in Dublin and free time. Dinner and lodging

DAY 7 DUBLIN – BOYNE VALLEY – DUBLIN Breakfast. Departure for Boyne Valley. Tour of the Abbey of Mellifont, the first Cistercian abbey in Ireland. The lavatory is the most important piece in the ruins of Mellifont. It is an octogonal building of which only four of the eight walls are conserved. We highlight The Romanesque arches. The journey continues to the monastic settlement of St. Buithe, disciple of Saint Patrick. Lunch. Continuation to Dublin. Dinner and lodging

DAY 8 DUBLIN – MADRID Breakfast. Free time until the time to transfer to the airport to take the return flight to Madrid. Arrival to Madrid-Barajas Airport and END OF TRIP 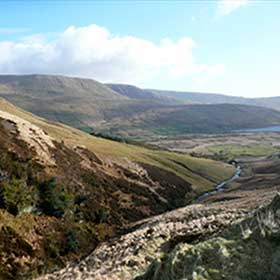 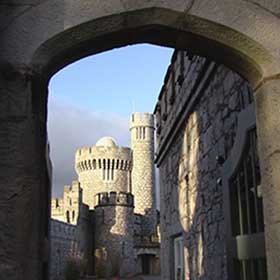 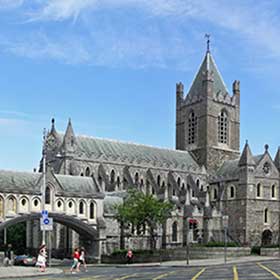 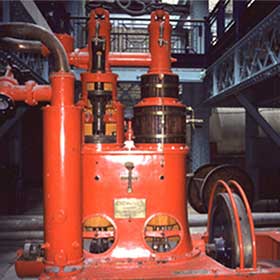 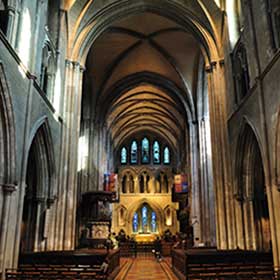 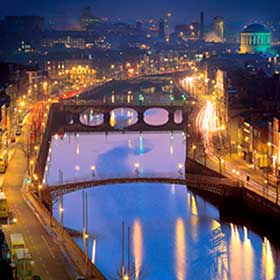 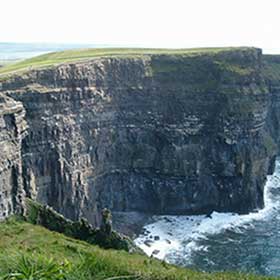 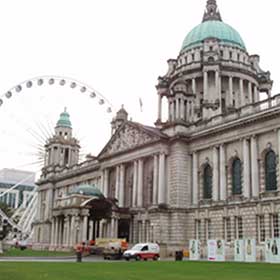 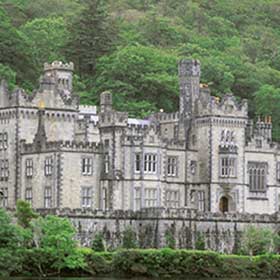 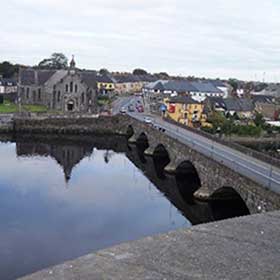