IN SEARCH OF THE GOLDEN FLEECE

DAY 1 MADRID – ATHENS Meeting in Madrid-Barajas Airport to leave on a flight to Athens. Arrival and transfer to the hotel. Dinner and lodging.

DAY 2 ATHENS Breakfast and city tour OF Athens. We will visit in situ the Acropolis, the Acropolis Museum, the Aeropagus (Supreme Court of Antiquity) and the Agora. Panoramic tour, when we will visit the most important monuments in the city. Lunch. Afternoon free to continue discovering the city. Dinner and lodging.

DAY 3 ATHENS – DELPHI – VOLOS Breakfast and departure for Delphi. Tour of the museum and the Archaeological Area of Delphi, first first remote antecedent of the United Nations. It was an important religious, political and economic center for all of Greece, considered for years the center of the Earth. the Delphi Archaeological Museum is one of the most important in Greece and amongst its other works can be found the famous statue of the Auriga and various works of the sculptor Lysippos. Lunch and continuation to Volos. Dinner and lodging.

DAY 4 VOLOS – KALAMBAKA- METEORA Breakfast. In Volos they have found the ruins of one of the most important palaces in what could be the legendary city of Iolkos in Ancient Greece. Its ruins were found by a team of archaeologists and they make up one of the most significant vestiges from the Micene period, which runs from 1400 to 1300 B.C. The palace covers more than 3.600 m2, making it an imposing building that gives evidence of the existence of a metropolis in the area of Volos (Ancient Thessaly). The experts believe that it may have served as inspiration for the Hellenistic fable of Jason and the Argonauts. According to this tale, Jason was a Thessalian hero and his father was dispossessed of his kingdom, the country of Iolkos, by his step-brother Pelias, son of Tyro and Poseidon. Departure for Kalambaka. Lunch and continuation to Meteora, forest of enormously high monolithic rocks in whose summit there are Byzantine monasteries constructed in the 15th century. Dinner and lodging.

DAY 5 METEORA – DION – VERGINA – THESSALONIKI Breakfast and departure for Dion, in the foothills of Mount Olympus. In antiquity it was one of the most sacred cities for the Macedonian people. It was a Historic Grouping dedicated to the divinities or gods, especially Zeus. The mosaics, the wall, the temples (Shrine of Demeter and Aphrodite Isis), the Baths and the Paleochristian basilicas are important. Continuation to Vergina, one of the most important archaeological finds in Greece. It is a series of funeral chambers belonging to Philip II, King of Macedonia and Father of Alexander the Great, and to several members of the royal family. It was the primitive capital of Macedonia. Lunch and Continuation to Thessaloniki. Dinner and lodging.

DAY 6 THESSALONIKI Breakfast. Tour of Thessaloniki, the second city of Greece and second port in importance after Piraeus. Its name comes from the sister of Alexander the Great. We highlight the Turkish neighborhood, the Church of Saint Sophia, the Arch of the Galerius and the National Archaeological Museum, one of the most important in Greece. Lunch. Afternoon free. Dinner and lodging.

DAY 8 ALEXANDRIA – CANAKKALE Breakfast and departure for Canakkale. Lunch. Çanakkale it has been historically one of the most important points, not only for but also for western culture. Canakkale is the name that today receives the mythical and historic Straight of Dardanelles, which unites the Aegean Sea with the Marmara Sea. The Straight of Çanakkale, which at one pointed was called the Straight of the Hellespont, has a total length of seventy-two kilometers. Dinner and lodging.

DAY 10 ISTANBUL Breakfast and city tour: Hagia Sophia, Mosque of the Sultan Ahmet I, known as the Blue Mosque due to its magnificent interior of turqoise blue tiles, Topkapi Palace. Lunch. Afternoon tour of the Grand Bazaar. Dinner and lodging.

DAY 11 ISTANBUL – MADRID Breakfast and, at the scheduled time, transfer to the airport to take a flight to Madrid. Arrival and END OF TRIP 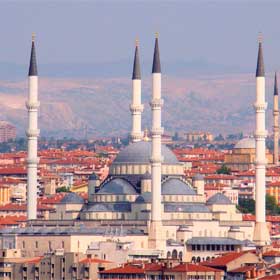 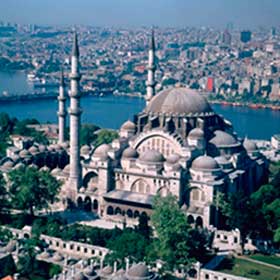 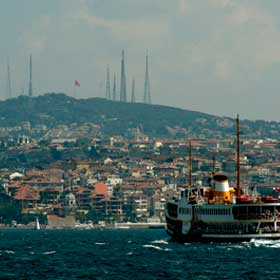 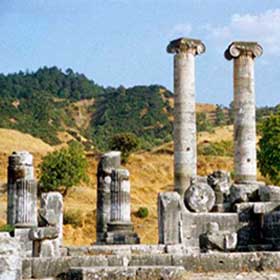 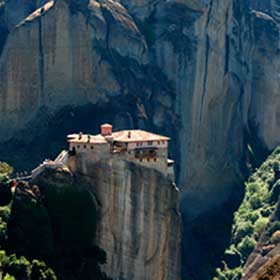 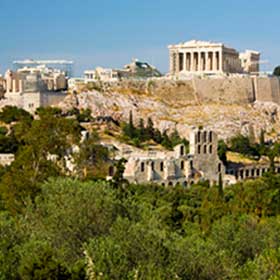