Heart of Prague and Bohemia

DAY 1 MADRID – PRAGUE Meeting in the Airport of Madrid/Barajas to leave on a flight to Prague. Arrival and transfer to the hotel. Dinner and lodging.

DAY 2 PRAGUE Breakfast. Morning panoramic tour , on foot, of this city, where we can become acquainted with the Charles Bridge with its splendid bridge towers on each side of the bridge and its 30 groups of statues, the Old Town Square, the Church of Our Lady before Tyn, the Goltz-Kinsky Palace, Saint Nicholas Church and The Old City Hall . Also we will see the Jewish Quarter Josefov and the Powder Tower. Finally we will visit the Church of Our Lady Victoriouswhere the Infant Jesus of Prague is found. Lunch in restaurant. Afternoon free. Dinner and lodging

DAY 3 PRAGUE – EXCURSION TO KARLOVY VARY Breakfast. Departure to take a full day excursion to Karlovy Vary, town 120 km from Prague that became in the 19th century one of the most elegant spa cities in Europe. The tour will begin by crossing the parks and gardens of the spa, visiting the Baroque Church of Saint Mary Magdalene, the Vidrilo (where you will be able to taste its curative mineral waters), the Old Hunting Palace of Charles IV, and the Orthodox Synagogue. Lunch during the tour. Free time to make purchases and visit a crystal exhibit. Return to Prague. Dinner and lodging.

DAY 4 PRAGUE – EXCURSION KUTNA HORA Breakfast. Departure to take an excursion, with Lunch, to Kutna Hora, small city in central Bohemia and declared UNESCO World Heritage Site. Kutna Hora lived its most splendorous period in The 13th and 14th centuries thanks to the explotation of its highly productive silver mines. From this period are the magnificent Gothic monuments that form part of its charm and singularity, for example the Cathedral of Saint Barbara in which we can admire perfectly restored medievales frescos that represent miners. Tour of the Cathedral. Return to Prague. Dinner and lodging.

DAY 5 PRAGUE – EXCURSION TO KONOPISTE Breakfast. In the morning we will head toward Konopiste Castle, 45 km. to the south of Prague, constructed in Gothic style in the 15th century and reconstructed in 1887 by Emperor Franz Ferdinand. After a walk through the forest we will arrive to the tower of the Castle, where you will be able to visit most representative rooms with the collection of hunting trophies. Lunch in Restaurant. Afternoon free. Return to Prague. Dinner and lodging.

DAY 6 PRAGUE – EXCURSION TO CESKE BUDEJOVICE AND CESKY KRUMLOV Breakfast. Departure to take a full day excursion to these two cities located about 150 km to the south of Prague, which were in their time the industrial and cultural center of Southern Bohemia. Ceske Budejovice was founded as a royal city in 1265. It is the city of Budvar (Budweiser) beer, founded in the year 1802. Its numerous buildings from the 15th, 16th and 17th centuries and its Main Square offer an unbeatable Gothic, Renaissance and Baroque Arechitectural Historic Grouping. Cesky Krumlov, UNESCO World Heritage Site, was born at the feet of the Vitec Castle in the 12th century. This enchanting city is dominated by the Krumlov Castle, the second largest in the Czech Republic after the Castle of Prague. In addition to the Castle, the Rococo Theater, one of the the oldest in Europe, and the Egon Schiele (Austrian painter) Museum are worthy of attention. Lunch lunch during the tour and afternoon free. Dinner in the restaurant U’Fleku with live music. Return to the hotel. Lodging.

DAY 8 PRAGUE – MADRID Breakfast. Transfer to the airport at the scheduled time to leave on a flight to Madrid. Arrival and END OF TRIP 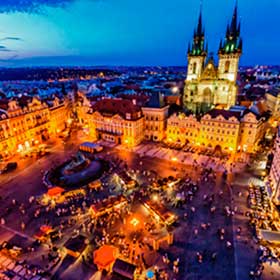 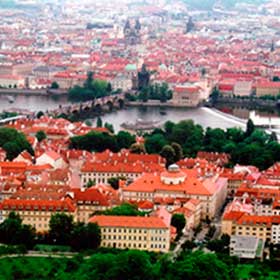 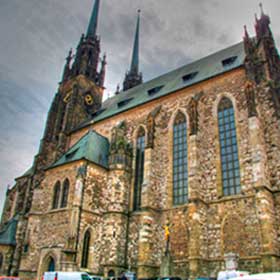 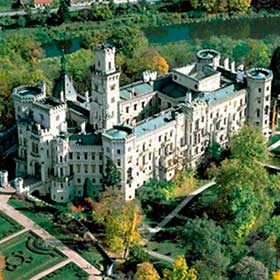 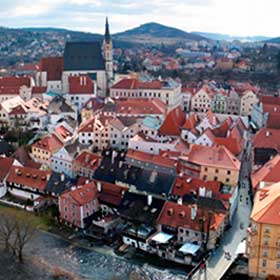 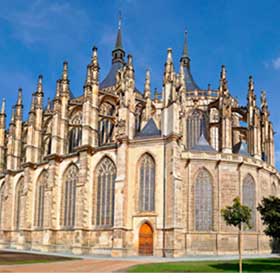