DAY 1 MADRID – KIEV Meeting in Madrid-Barajas Airport to leave on a flight to Kiev. Transfer to the hotel in Kiev. Dinner and lodging.

DAY 2 KIEV Breakfast. Morning panoramic tour of the city in which we will be able to contemplate its wide avenues and parks, the Cathedral of Saint Sophia from the 11th century, the Golden Gates. Lunch. Afternoon tour of the Kiev Monastery of the Caves with the Museum of Historical Treasures of Ukraine. Dinner and lodging.

DAY 3 KIEV- ODESSA Breakfast. Departure to visit the outdoor museum of Ukraine. Lunch. We will take a cruise on the Dnieper River. Free time for making purchases and in the afternoon transfer to the airport to leave on a flight to Odessa. Arrival in Odessa, transfer to the hotel and Lodging.

DAY 4 ODESSA Breakfast. Morning panoramic tour of the city in which we highlight the Archaeological Museum. Lunch. Afternoon tour of the Museum of Western and Eastern Art. Dinner and lodging.

DAY 5 ODESSA – SIMPEROPOL Breakfast. Departure for Bilhorod-Dnistrovsky in which we highlight a Roman and a Turkish fortress. Lunch. In the afternoon return to Odessa. Free time until the time to take the train to Simferopol. Night on board.

DAY 6 SIMFEROPOL – SEVASTOPOL- CHERSONESUS – YALTA Arrival in Simferopol. Breakfast and departure for Sevastopol, panoramic tour of Sevastopol, tour of the Panorama Museum (The Heroic Defence of Sevastopol 1854-55). Lunch. Afternoon departure for Chersonesus, called the Russian Troy and dating from the era when the Greeks began to settle on the coast in the 5th and 6th centuries after Christ. Continuation to Yalta. Dinner and lodging.

DAY 7 YALTA – KIEV Breakfast. Departure for Alupka, visiting Vorontsov Palace and Park. Lunch. Afternoon departure for the Livadia Palace, summer residence of the Russian Imperial family and where the famous conferencia between Stalin, Roosevelt and Churchill took place in 1945. Dinner. Transfer to the airport and departure on flight to Kiev. Arrival to the airport. Transfer to the hotel. Lodging.

DAY 8 KIEV – MADRID Breakfast. Transfer to the Kiev airport at the scheduled time with destination of Madrid. Arrival in Madrid and END OF TRIP 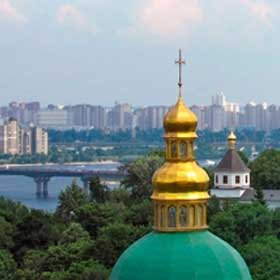 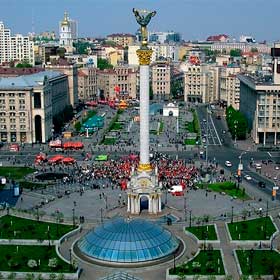 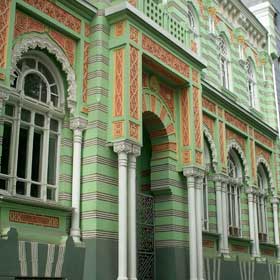 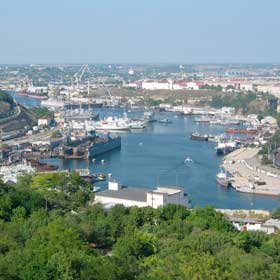