Departure at the specified time and place. Arrival in Trujillo. Panoramic tour of one of the most emblematic cities in Upper Extremadura, which has in its city center an unrepeatable Historic Architectural Grouping, peppered with squares and palaces, small and large. Lunch. Continuation to Cáceres, where we will take a panoramic tour in which we will be able to contemplate this monumental city (declared World Heritage Site) that contains the most important Historic Grouping of civil and religious architecture in Renaissance Spain that is conserved intact in ours days. Dinner and lodging.

Breakfast and departure for Mérida. Panoramic tour of the city where we’ll see its Roman theater, the Circus, the amphitheater, etc.  Continuation to Guadalupe. Lunch. Panoramic tour of this city, in which we will be able to contemplate, in the heart of old and wise Extremadura, hidden between Villuercas and Altamiras, the Royal Monastery of Saint Mary of Guadalupe, Shrine de the Patron saint of Extremadura and Queen of the Spains; historic artistic jewel that in 1993 deserved to be considered and name as World Heritage Site, a place and space to discover, contemplate, admire and pray in front of its Dark Virgin. Departure for Madrid. END OF TRIP 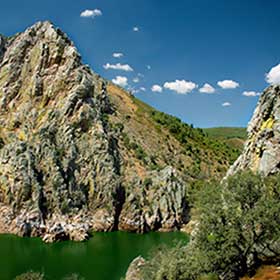 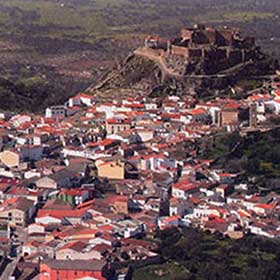 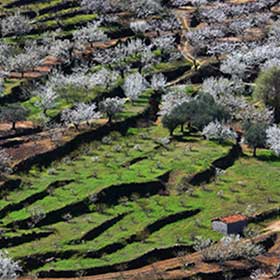 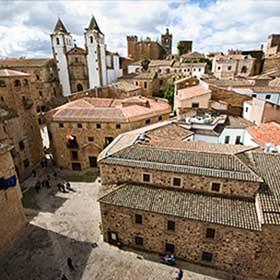 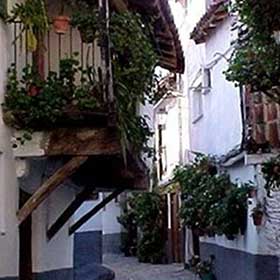 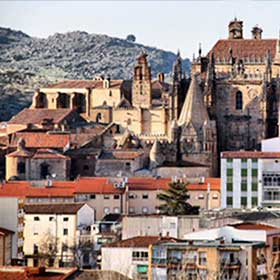