Emilia Romagna and North of Italy

DAY 1 MADRID – MILAN Meeting in Madrid-Barajas Airport to take a flight to Milan. Arrival, meeting with the accompanying guide and transfer to the center. Lunch in restaurant. Afternoon tour of Milan, where the Duomo, symbol of the city, stands out. Begun in 1386 and finished 501 years later, in 1887, the Duomo has become one of the loveliest cathedrals in the world and the second largest in size (surpassed only by the Cathedral of Seville). We will also visit the Castle Sforza, one of the most emblematic monuments of the city that aslo houses some of the best museums in the city. Transfer to the hotel. Dinner and lodging.

DAY 2 MILAN – EXCURSION TO COMO AND BERGAMO Breakfast. Departure in coach for Como, city of medieval origin situated on the coast of the lake of the same name. Its natural beauty and its artistic heritage have made it into a tourist destination of great tradition. Boatride on the Lake, which is completely surrounded by mountains, the tallest of which is Mount Legnone. Lunch in restaurant and departure for Bergamo, one of the most interesting cultural centers in the region. The city is divided in two parts: Upper Bergamo and Lower Bergamo. Tour of Upper Bergamo: situated on a hill, is an area rich in art and history. Stroll through its ancient streets, mostly closed to traffic, to visit the Duomo and the Piazza Vecchia. Return to Milan. Dinner and lodging.

DAY 3 MILAN – EXCURSION TO TURIN Breakfast. Departure for Turin. Tour of Turin, capital of the region of PiaMount, situated on the banks of the Po. The religious building that awakens the most devotion in the city is, without doubt, the cathedral dedicated to Saint John, which houses the Guarino Guarini Chapel, place where the Shroud of Turin is preserved. Lunch in restaurant. We will continue enjoying its monuments endowed with extraordinary historic-artistic value. Its Royal Residences have been declared World Heritage Site, and the following are prominent: the Royal Palace (residence of the Court built in the 16th century), the Madama Palace (the former residence royal women), Rivoli Castle (which houses the Museum of Contemporary Art), and Mandria Castle (residence of Vittorio Enmanuele for long periods of time). Return to Milan. Dinner and lodging.

DAY 4 MILAN – PARMA – MODENA – BOLOGNA Breakfast and departure for the city of Parma. We will visit the city with Cathedral Square, the artistic heart of Parma is a true architectural masterpiece of the Middle Ages, dominated by the Cathedral, which we will visit, the Baptistery and the Episcopal Palace. Parma it is one of the prettiest cities in Italy. It is the capital of the music and of gastronomy par excellence. Giuseppe Verdi, the greatest musician of all time, was born here. Lunch in restaurant and continuation to Modena. Included in UNESCO the city offers three unique beauties, the Piazza Grande, the Cathedral and the Ghirnaldina. Continuation to Bologna. Dinner and Lodging.

DAY 5 BOLOGNA Breakfast. In the morning we will visit the city. It is said that not even the people of Bologna how beautiful their city is. It is a city of art and culture where we can contemplate the Piazza Maggiore, San Petronio Basilica, which we will visit, the university, the historic center with its arcade, the fountain of Neptune and the Church of Saint Francis. We will visit the Church of Saint Dominic where we will see the Arc of Saint Dominic, tomb of the saint located in a splendid chapel in the Basilica. Also we will visit the Palazzo Comunale, a Historic Grouping of several buildings constructed in different periods that is like a small city. Lunch in the hotel and afternoon free. Dinner and lodging.

DAY 6 BOLOGNA – EXCURSION TO FERRARA AND RAVENNA Breakfast. Departure for Ravenna, capital of Western Roman Empire. Mysterious and splendid, it is one of the European Capitals of Culture. It is un universe of Byzantine symbols with lovely mosaics unique to the world. It has eight monuments declared World Heritage Site from amongst which the Churches de San Vitale and San Apolinar stand out from the others. Lunch in restaurant. Departure for the city of Ferrara. City tour. Ferrara is a walled city with a medieval past of great importance marked by the presence of the House of Este. The historic center of the city is a World Heritage Site. In its historic center the Estense Castle, the Schifanoia Palace with the frescos of the Salone Dei Mesi and the Romanesque-Gothic Cathedral stand out. Return to Bologna. Dinner and lodging.

DAY 7 BOLOGNA – VERONA – PADUA – VENICE Breakfast. Departure for the city of Verona, the most beautiful monumental city of the Veneto, after Venice, with an interesting historic center, with the House of Julieta, the famous Arena (one of the largest Roman amphitheaters in the world, which we will visit), the Scaligero Castle (from the 14th century), etc. Lunch in restaurant and Continuation to Padua, which features an impressive cathedral from the 9th century. But if there is anything that draws attention in Padua it is the Basilica of Saint Anthony, architectural masterpiece , which we will visit. Continuation to Venice. Dinner and lodging.

DAY 8 VENICE Breakfast. Morning panoramic tour of this singular city in which we will be able to admire St. Mark’s Square and Basilica, the Campanile, the Bridge of Sighs, the Bridge Rialto. Tour of the Ducal Palace, one of the symbols of the glory and power of Venice. Gothic building, its two most visible façades look toward the and St. Mark’s Square. The palace was the residence of the “dux”, seat of the government and of the court of justice and prison of the Republic of Venice. Lunch in restaurant. Rest of the day free. Dinner and lodging.

DAY 9 VENICE – VILLAS OF THE VENETO – AIRPORT VENICE – MADRID Breakfast. Departure in coach to take a walk through the Villas of the Veneto along the Riviera del Brenta. The area is characterized by the presence of numerous villas, constructed between the 16th and the 18th centuries by the patrician Venetian families, which give witness to the aritstocratic powers of the time: Pisani Villa, Villa La Malcontenta, Villa Widmann Foscari, etc., included in the list of Heritage Sites. They are called the Palladian Villas after the architect who designed them, Andrea di Pietro, universally known as Palladio. On the 26 of August of 1540 he received the title Architect. The pseudonym of Palladio is due to his mentor Trissino, who baptized him in this way in 1545 as a derivation of Palas Atenea, the Greek goddess and protectoress of the arts. We will visit one of the most representative villas open to the public. Lunch in restaurant and departure for the Airport of Venice for billing procedures and boarding the return flight to Madrid. Arrival and END OF TRIP 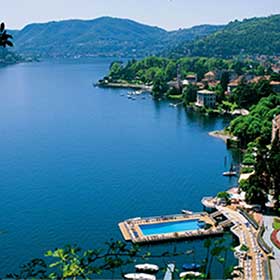 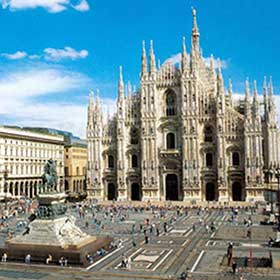 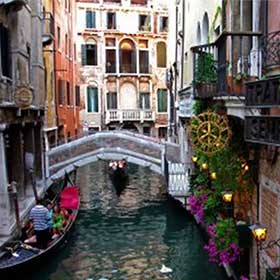