Meeting in the Airport of the city of origin at the indicated time, to leave on regular flight for Beijing. Night on board.

Arrival in Beijing: Pick up at the Airport and transfer to the hotel for check in. Lunch and afternoon Departure to take a boatride on the Kunming Lake. Tour of the Summer Pallace, also known as the Imperial Garden, one of the most beautiful sites in Beijing, which has an immense park with a enormous artificial lake and hill. This ancient imperial garden was enlarged and embellished by the emperor Qialong in the 16th century. Transfer to the restaurant. Dinner in restaurant.  Return to the hotel. Lodging.

Breakfast in the hotel. Tour of the Forbidden City, which occupies an area of 720,000 m2 and has more than 9,000 salons. It is called this because for five centuries it was very dificult to enter. It is the most gigantic and best preserved of the Historic Chinese Architectural Grouping. It served as the residence a two imperial dynasties, the Ming and the Qing, and they only left  in cases of absolute necessity. Tour of TIAN AN MEN SQUARE, a great paved dessert, created by Mao in the heart of Beijing, through which people stroll today. This square and its surroundings contain a mixture of ancient and modern monuments, such as Tianamen (Gate of the Celestial Peace), the Museum of History of the Chinese Revolution, the palace of the People, the Mausoleum of Mao and the Monument to the Heroes. It is the largest square in the world. Transfer to the Maxims rte.: Lunch. Stroll in tricycles through the Hutong District. Return to the hotel. Transfer to the Formal dinner with 2 hours of dancing, DJ and open bar. Transfer to the hotel after the dinner. Lodging.

Breakfast in the hotel. Transfer to the Temple of Heaven to attend a Tai Chi lesson and kite flying. Tour of the Temple of Heaven, prototype of the Ming architecture.  Today it is the symbol of Beijing and the largest of the existing temples in China. Formerly it was used to celebrate solemn rites directed toward favorable harvests and to obtain divine clemency. Departure to take a tour of the Great Wall, (Badalin Section) traveling through the Olympic stadium with a brief stop en route. The Great Wall, World Heritage Site by UNESCO, has a length of 5,000 km and it extends from the Sea of Bohai to the Gobi Desert, crossing five provinces and two autonomous regions. This colosal work is marked out by 25.000 bastions. Oriental Lunch in restaurant, from where we can view the mountain landscape and the Great Wall. Return to Beijing. Free time to make purchases in the Copy Market. Transfer to the restaurant: Dinner. Transfer to the hotel. Lodging.

Breakfast. Departure for the MAUSOLEUM OF QIN SHIHUANG, emperor de China, where we will be able to admire the Terracotta Army. This army is not more than a part of the tomb. The 7000 statues are located in battle position, turned toward the east on eleven columns, infantry soldiers, cart drivers, cavalry soldiers, officers. They measure between 1.80 and 1.86 mts in height and there are not two alike, each one of them having their own expression. Lunch. Transfer to the airport to leave on flight from Xian to Shangai. Arrival to the airport of Shanghai. Tranfer in Bullet train to the Long Yang station and transfer to the hotel. Dinner in restaurant. Lodging.

Breakfast in the hotel. Tour of the TEMPLE of the JADE BUDDAH, one of the few Buddhist temples in  Shangai. Constructed between 1911 and 1918 to house the two white jade statues of Buddah brought from Burma by the monk Hui Gen. Tour of the GARDEN of the MANDARIN YU, one of the most interesting sites situated in the center of Old Shangai, and constructed in the 16th century. Lunch in restaurant. In the afternoon time for purchases in Copy Market and in the electronic market. Dinner in restaurant. Return to the hotel. Lodging.

Breakfast. Excursion to Suzhou, visiting the Garden of the Humble Administrator, Lion Grove Garden, Silk Factory. Lunch in restaurant. Return to Shanghai. Boatride on the river. Oriental Dinner in Restaurant. Transfer to the hotel.   Lodging.

Breakfast. Free time until time to transfer to the airport to embark on a regular flight to the city of origin and END OF TRIP 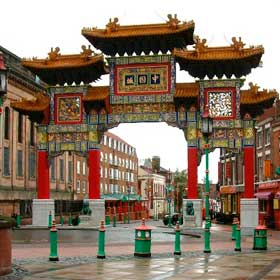 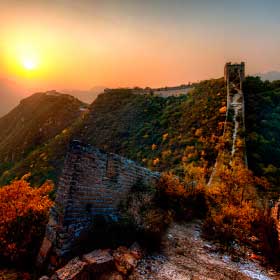